Candi Singosari or Singosari Temple is located in village Candirenggo, district Singosari, Malang. Like Candi Badut, this temple is also located in a residential area in Malang. 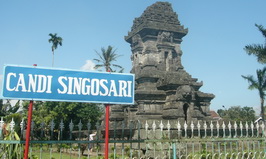 This was a complex of temples. There were 7 temples and Singosari temple is the only one which survived. The other 6 temples have been destroyed. In the front yard of the temple there are many statues. These are from the destroyed temples. 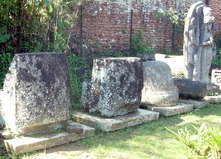 Candi Singosari was an obligation to the last king of Singosari kingdom, named Kertanegara. He died in the attack of the Jayakatwang’s soldiers in 1292. According to the research this temple was not finished yet due to the attack.

If we talk about temple we must talk about statues. This temple is built on a place of 14 x 14 meters and the height is 15 meters. It looks out to west. At every side there is a room in which a statue is placed. Too bad there is now just one room filled with a statue. The room faces south and the statue’s name is Resi Agastya. Other rooms are empty. 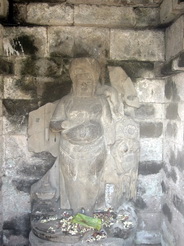 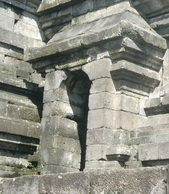 At the time this temple has been found, Indonesia was a colony of Holland. All statues in other rooms have been brought to Royal Tropical Institute in Leiden, Holland. The statues are Ganesha (from the East room and Durga from the North room). The Dutch people didn’t take the statue Resi Agastya because its condition was very bad. Actually the statues still belong to Indonesia but I can imagine that they in Holland take care the statues much better.

Once there were 2 giant statues at the entrance of the complex on either side of the road. They symbolized guardian of the place. The height was about 4 meters. They called the statues Dwarapala. But when I was there, those giant statues were not on the original place.

One of the left over statue is Prainaparamita, de goddess of wisdom. This is also moved to the National museum in Jakarta. Other statue which is still in the yard is Dewi Parwati or Parvati as shown here below. 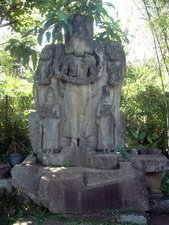 Like in all Hindu temples there are Yoni and Lingga, a symbol of fertility. Lingga is a symbol of men genitals and yoni is a symbol of women's. There is also a wider understanding about Lingga and Yoni. Lingga is the symbol of god Shiva the creator and the Yoni is his wife Parvati. Lingga is the father (god) and Yoni is the mother (universe). For Hindu people these symbols and the place are holy. 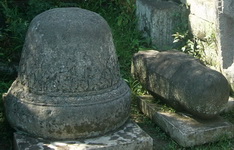 The picture here below shows a room inside the temple. In compare to the whole building, this room is very small but cool because the thick walls hold the heat well from outside. 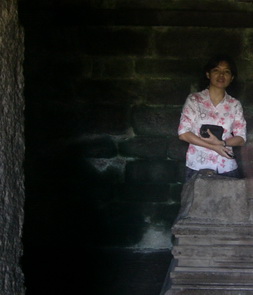 At the picture you also see, no…… it is not a goddess,...it is me just trying to imagine the atmosphere at that time. The time of no cement, no nails, no bulldozers but the people have worked very hard to build a place to worship their god/dess. An old building that is a silent witness of many evidences.

When I was an elementary school student I just found history boring but the idea is changed. It is now amusing.

Return from Candi Singosari to Holiday-Or-Living-in-Malang