A Hindu Buddhist temple with greatness

Candi Jago or Jago temple is a Hindu Buddhist temple and was built in period 1268-1280 to be a memorial to the fourth king of Singasari kingdom, the king Wisnuwardhana. He is the father of King Kertanegara, the last king of the Singasari Kingdom to whom the Singasari temple was built. 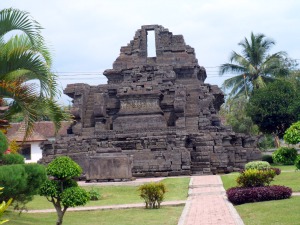 The original name of this temple is Jajaghu. It means greatness as a name for a holy place. Javanese people have a unique custom. If they find a name too difficult then they adjust it to an easy one. Jajaghu is not easy to them. The easy one is Jago. So this historical witness is known as Jago temple.

In 1815 the Briton, who colonized Java at that time, found this heritage. 75 years later, in 1890 the next colonizer of Java, the Dutch, renovated it. This is the picture of the temple around that year. 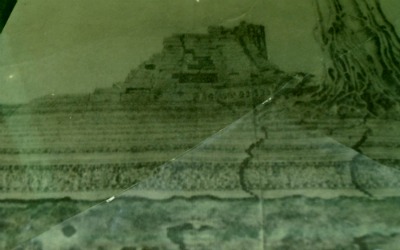 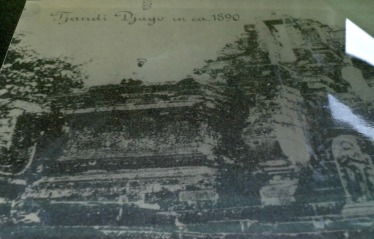 I know, the picture is not sharp but I find so interesting to see the condition at that time. It lay beside a giant tree that could cause a big damage to the whole temple.

The wall of the temple was destroyed and during the renovation they cannot rebuild the room. You can see ruins/stones around the temple. 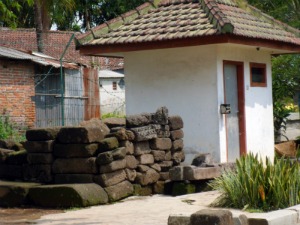 There is also a statue of Amoghapasa with his eight hands as the reincarnation of the King Wisnuwardhana. This statue has endured the difficult situation. The head is gone. 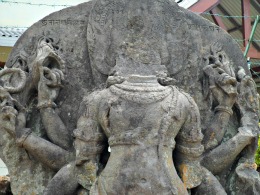 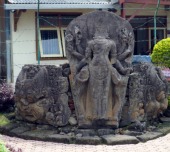 The king Wisnuwardhana has a belief of Syiwa-Buddha. The belief is a combination of Hindu and Buddhist. The relief of the temple told about stories of the belief. 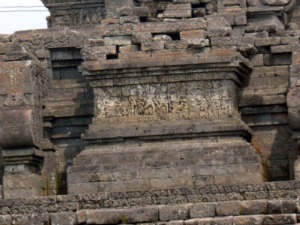 The temple was built on a rectangular base of 23x14 meters. The roof is gone so you don’t know the height. This is one of places the king Hayam Wuruk from Majapahit kingdom has visited in 1359. This temple is mentioned in the book Negarakertagama and Pararaton.

Like candi Badut  this temple is also located in the middle of residential area. You see houses right behind the wire fence of the temple.

According to the rule of temple building, the area within radius of 100 meter from the temple must be free because there must be stones using for foundation of the temple. If houses or other building were built on it then we lost valuable parts of history.

Jago temple is located at Jago village, sub district Tumpang, Regency Malang. It is about 22 km eastward from Malang city.

When I went up the temple and looked around, I saw view of Tumpang sub district. Different than Candi Sumberawan I can imagine that this place cried out for more spaces around it. 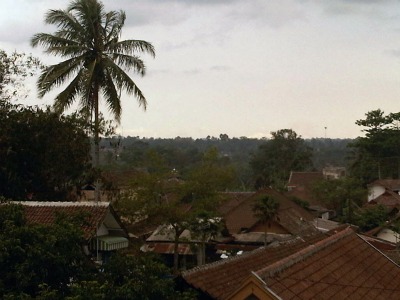 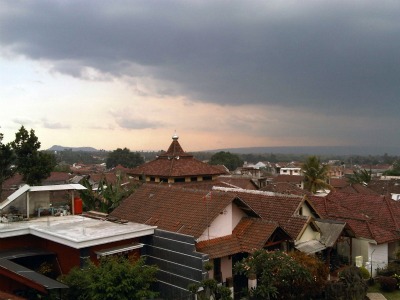 Well there is garden in front of the temple. 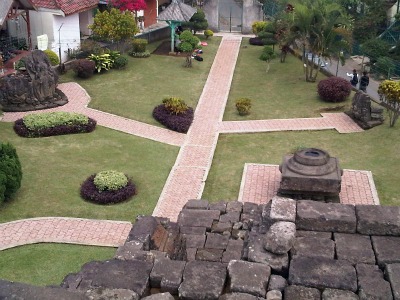 There is a guide of Candi jago. He can tell the hi(story) of candi Jago nicely. I can see and hear his love and passion on this field. He is so proud of this Javanese heritage.

When I was there, there were also pupils from an elementary school visiting the temple. They had to make a report of their visit. I wouldn’t be surprised if they’re not interested. But this guy told them in an interesting way and they asked him many questions. I enjoyed how he shared his knowledge with them. I wish that more History teachers use his way of teaching. 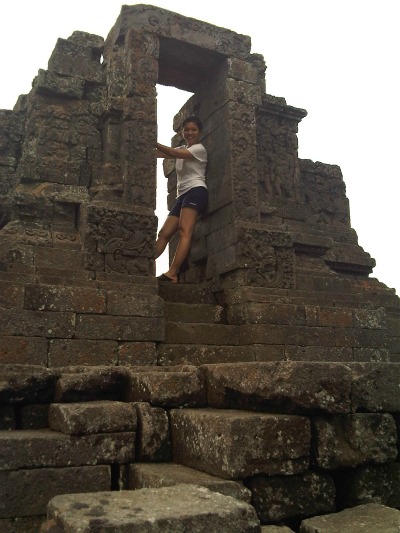 If you’re history geek, you should visit Candi Jago as a part of historical adventure in Malang.

I found an old picture of this temple that is taken around 1800. Thanks to Tropen Museum. 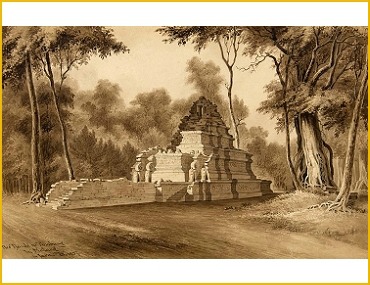 Return from Candi Jago to Holiday Or Living in Malang